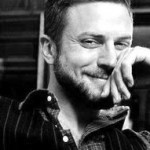 Noah Wilson-Rich wasn’t the sort of kid who played in the dirt. He was terrified of insects, and never forgot his first run-in with a bee that stung him as a toddler. But Wilson-Rich believes that if you eat food and enjoy flowers…you need to pay attention to honey bees. He’s hit the TED stage in Boston to share his passion for beekeeping and bee health, and on March 9 he joined the Seaside Gardeners at the Nickerson Post to impart his wisdom on beekeeping with the hopes of encouraging bee love and bee health across our little peninsula.

Bees have been rapidly and mysteriously disappearing from rural areas, with grave implications for agriculture. No honey bee pollinators?…no fruit and veggies. But bees seem to flourish in urban environments — and cities need their help, too. Noah Wilson-Rich suggests that urban beekeeping might play a role in revitalizing both a city and a species.

And making honey may not be the only role for bees in our future. How about beehive insulation for homes, or bomb-sniffing bees? Noah suggests bees might be put to work for all kinds of helpful tasks. And he and his team of researchers are up to the task of figuring this out while also playing the role of bee ambassadors. If a swarm of bees decides to land on a beautifully bright yellow car in Dorchester…who do the municipalities call? Noah and crew.

About Noah Wilson-Rich
Noah Wilson-Rich is a biologist / professor / NYTimes contributor / two-time TEDx speaker / beekeeper / uncle who studies bees and bee diseases. He was born in Manhattan, grew up in Fairfield, CT, and moved to Boston for college in 2000 to attend Northeastern University, where he earned a B.S. in biology in 2005.

Noah’s book, The Bee: A Natural History was released in 2014 through Princeton University Press. He founded The Best Bees Company while in graduate school at Tufts University to support people who want to own and care for their own beehive. Proceeds from The Best Bees Company go toward research conducted at the Urban Beekeeping Laboratory and Bee Sanctuary, based in Boston’s South End.