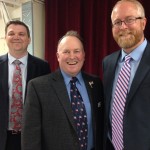 On Wednesday night approximately 173 Squantum and North Quincy voters joined the Squantum Community Association to meet the five candidates running for Quincy’s Ward 6 City Council seat. The standing room only crowd packed Fellowship Hall at First Church and kept the questions flowing until moderator Louise Grabowski brought the Q&A portion of the night to a close and invited the candidates to share their closing remarks. Candidates and neighbors then continued the conversation, sharing ideas and concerns over refreshments along with the crowd of reporters who attended.

Neighbors asked the candidates about their top goals in representing our ward, and what they see as priorities ahead. Several attendees voiced concerns about traffic that might congest our roadways when FedEx moves into the Boston Scientific site at 500 Commander Shea Boulevard in 2018, and asked the candidates how they would work to mitigate impact on our neighborhoods. The future use of the Star of the Sea property was also discussed.

The night gave Ward 6 voters a clear sense of the style and personality of the candidates, along with a better understanding of what motivates them in serving our community.

View 60-second video excerpts of the introductory remarks by each candidate below, and visit these articles for more coverage. 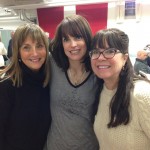 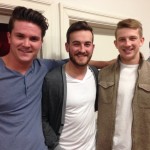 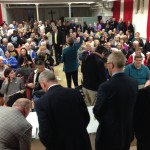 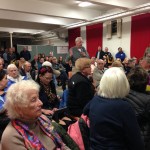 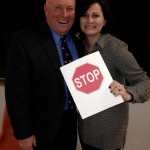 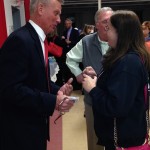 Kevin Mock speaks with a resident following the Q&A 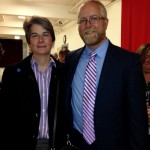 Candidate Nathan Knowles will go door-to-door to hear the concerns of the voters.

The candidates
All five candidates running in the special election for the Ward 6 city council seat attended the event: